Over my years of reviewing films for rotoscopers I have found there is a particular type of cgi movie that it is very difficult to get people, even animation addicts, to give a shot. It usually comes in the form of cgi animated films with small budgets (around $15 to $20 million). I’m not sure why this is the case? Perhaps terrible films like Norm of the North give these movies a bad name, but you can often find real gems if you have an open mind (like the sweet The Son of Bigfoot.)

Well, today we are looking at a film in this category called Leo Da Vinci: Mission Mona Lisa. This Italian animated film tells the fictionalized story of Leonardo Da Vinci as a young inventor and artist. Over the course of the film, young Leo goes on an adventure to find treasure and save his friend Lisa (get it Mona Lisa) from an angry father and a forced marriage.

There are some fun aspects of this film. Small kids will enjoy the moments of adventure with Leo facing off against pirates to find the treasure. Also the professional voice actors all do a good job (I’m not sure how old Leo and Lisa are supposed to be here?) and the animation is serviceable (in the closing credits they show the 2D sketches of the animators, and I so wish I could have seen that movie!).

Unfortunately, I had major problems with Leo’s script with my biggest issue being I did not like the romance. At times elements felt outdated and uncomfortable. For example, Lisa being forced into a very young marriage and then being treated unfairly by all the characters including Leo at times. On the other hand, moments of girl-power thrown in randomly felt cloying and unearned. The characters seemed too young to be facing these very adult situations, which made it seem awkward and hurt the chemistry. 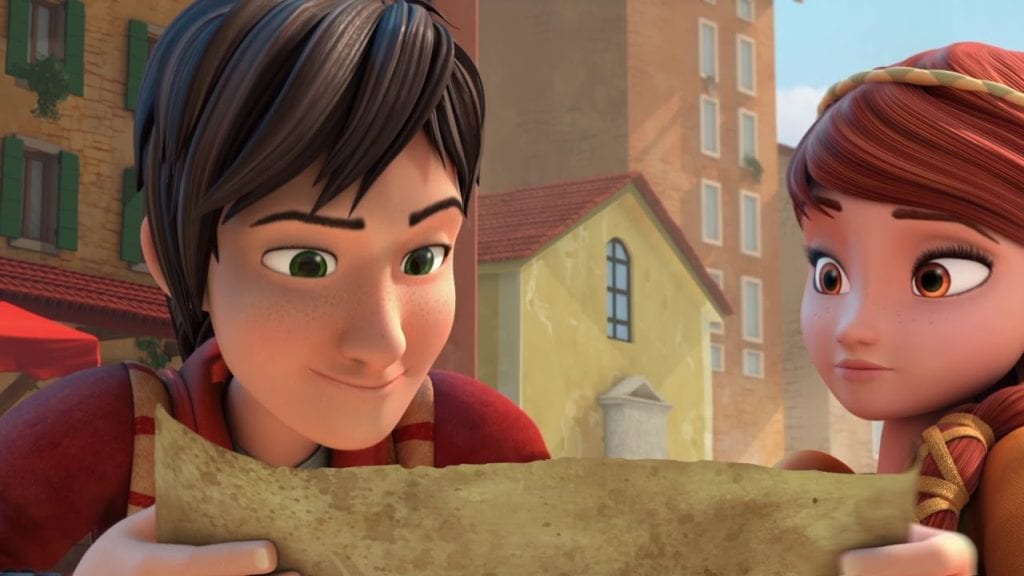 There are also a lot of scenes that rang flat like Leo’s crazy shenanigans while inventing stuff or weird attempts to impress Lisa. I also didn’t care for the music.

If you are looking for a babysitter for you child Leo Da Vinci: Mission Mona Lisa has enough adventure to entertain them but it won’t have much cross-over appeal to adults. I hate picking on these smaller animated films but this film is a definite skip. Maybe stream it if it looks fun but not worth a full priced ticket at the theater.