*This is a user submitted post by Jordan Hashemi-Briskin*

Perhaps one of the most widely used concepts in animation is to imagine popular fictional characters as children. Such a concept allows for many different possibilities to see how said characters develop over time; this is evident in the existence of such programs as Jungle Cubs (spinning off from Walt Disney’s The Jungle Book), Baby Looney Tunes, A Pup Named Scooby-Doo, and Tiny Toon Adventures. However, I think it’s safe to say that these series would never have been possible if it weren’t for the success of Jim Henson’s Muppet Babies (1984-1991).

Taking off from the “I’m Gonna Always Love You” fantasy sequence in The Muppets Take Manhattan, this series follows the everyday escapades of several of the core Muppets as young children—Kermit the Frog, Miss Piggy, Fozzie Bear, Rowlf the Dog, Scooter, Gonzo, and Animal, along with Scooter’s in-series twin sister Skeeter, with appearances by Bunsen Honeydew, Beaker, and Bean Bunny (from The Tale of the Bunny Picnic). Under the supervision of the never-fully-visible Nanny, the young Muppets pass each day imagining themselves going on adventures of their own making or spoofing fairy tales and movies. 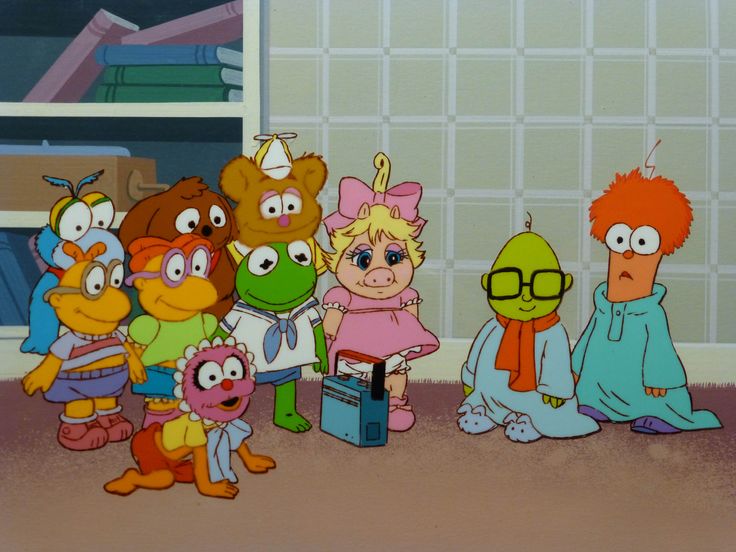 Speaking as a huge Muppet nut, one of the things I most appreciate about Muppet Babies is that, while it’s geared towards a younger audience, it does not sacrifice the maturity and clever, self-aware humor that the Muppets are known for (which is more than can be said for the recent reboot, based on what I’ve heard about it). Furthermore, the characters’ personalities are defined clearly enough for us to recognize them as the Muppets that we all know and love. For example, Miss Piggy still pines for Kermit’s affections, as well as retaining her fiery temper; Fozzie still has a penchant for telling lame jokes; and Gonzo is just as weird as ever (perhaps even weirder, depending on whom you ask). However, I have noticed that some characters’ roles have been slightly altered for one reason or another. For one thing, Scooter has been changed from a mild-mannered gofer and stagehand to a brainy computer whiz, diametrically opposed to his jockish sister, Skeeter. In addition, Animal’s feral mannerisms have been toned down considerably, so that he comes across more like any other toddler than the maniacal drumstick-wielding beast from The Muppet Show and later. At the same time, while the adult Kermit is generally accepted as the leader of the troupe, here the role is often taken over by Miss Piggy. Jim Henson, creative genius that he was, truly believed in the power of imagination; as story editor and voice director Hank Saroyan put it, “[Jim] wanted children to believe that anything is possible.” Well, that vision certainly shines through in each and every episode, as the Muppet kids explore the realms of their own minds, both to solve problems and simply for the fun of it, their fantasies augmented through extensive use of live-action footage (often with hilarious results). And, since music has always played a major role in the Muppets’ work, each episode features a song linked to the plot (my favorite of which is shown below).

As entertaining as this series is, though, one must admit that it raises a whole lot of questions. Some that immediately spring to mind: What does Nanny look like from the shoulders up? If Skeeter was created for the show while the other Muppets were pre-existing characters, why didn’t the original Muppet crew decide to make a puppet of her as an adult later on down the line? And please, don’t even get me started on the potential continuity snarls with the rest of the Muppet universe, because trying to discern what is “canon” for the Muppets (if such a canon even exists) gets to be a real headache. (Trust me, I know.) 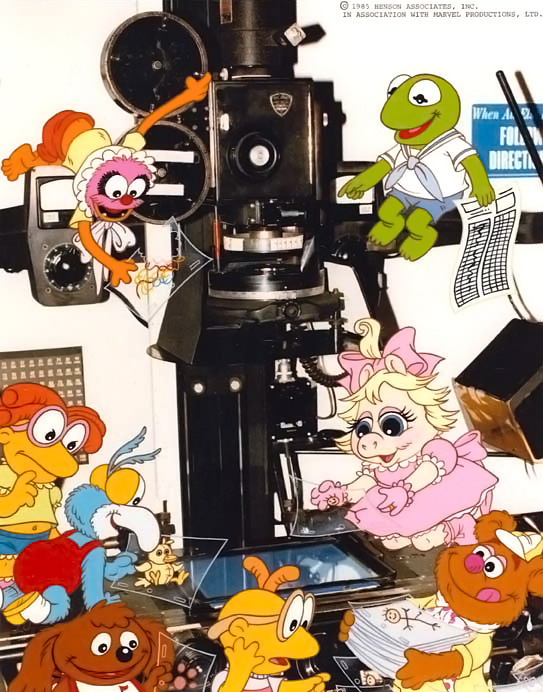 Such nitpicks aside, Jim Henson’s Muppet Babies stands tall as one of the most creative Muppet productions of all and serves as a reminder that “if you can dream it, you can do it.” All things considered, it’s no wonder that it’s so beloved by those who grew up with it. There will probably never be another animated program like it again.

Is there any similar shows that you think equals or surpasses Jim Henson’s Muppet Babies? Let us know!

'Nightmare Before Christmas' to Celebrate 25th Anniversary at Hollywood Bowl