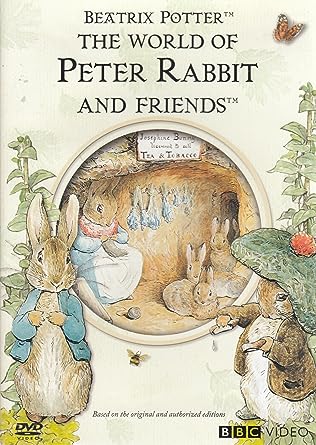 With the exception of Alan Alexander Milne’s Winnie-the-Pooh stories, the tales of Helen Beatrix Potter are easily the most popular and revered works of British children’s literature and are a staple of libraries the world over. Several animated adaptations have appeared in the years since they were first published (Walt Disney even tried to obtain the film rights to them after Snow White, but Potter refused), as well as the recent CGI/live-action travesty, but the best and most reverent screen portrayal of Potter’s beloved characters is, hands down, The World of Peter Rabbit and Friends, which aired on the BBC from May 13, 1992 to June 21, 1995. 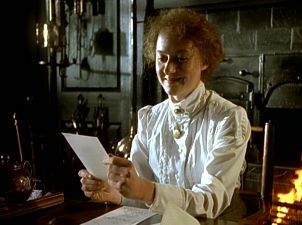 Each episode—with the exception of The Tailor of Gloucester—begins with a live-action Ms. Potter (played by Niamh Cusack) coming into her Near Sawrey, Lancashire farmhouse out of the rain (my particular favorite variation starts with her working on a watercolor painting of the surrounding landscape, as it highlights the lush natural beauty of the Lake District), settling down to tea with her pet rabbit, and setting up the stories in the form of illustrated letters to young friends of hers. (Interestingly, this is how most of her stories started out before being published in book form.) Fittingly, each episode ends with her mailing the letter.

These live-action scenes provide a wonderful sense of atmosphere and are a great way to segue into and out of the main stories, but the stories themselves are, quite obviously, the highlight of the series. And you will notice right off the bat that the producers took great care to stay faithful to the source material, as Potter’s works are more or less considered sacred. (And they couldn’t have done a better job of it if you ask me!) Even the additional dialogue written to fill out each scene blends seamlessly with the words carried over from the books. 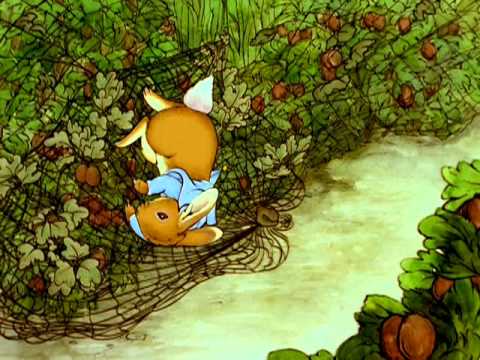 Of course, all the other aspects contribute to the sheer greatness of the series as well. The animation (courtesy of the now-defunct TVC London) is amazing, and the art direction so closely matches Potter’s original watercolor illustrations, it’s almost scary. The voice cast (which includes such celebrated British actors as Hugh Laurie as Johnny Town-Mouse, Prunella Scales as Mrs. Tiggy-Winkle, Derek Jacobi as Jeremy Fisher, and Sir Ian Holm—Bilbo Baggins, himself—as the Tailor of Gloucester) delivers top-notch performances. And finally, there’s Colin Towns’ beautiful, whimsical music, including the haunting end-titles song “Perfect Day,” sung by Miriam Stockley.

In summation, The World of Peter Rabbit and Friends is a lovingly-crafted tribute to the works of one of the most celebrated children’s authors in history and is a delight from the first episode to the last. No Beatrix Potter fan worth their salt should go without watching it.

Are you a fan of Beatrix Potter? Have you seen The World of Peter Rabbit and Friends? Let us know down below!