It’s pretty much guaranteed that literary adaptations in film and TV are bound to deviate from the source material, to a certain extent. In some cases, this can result in the film or series in question actually improving on the original story. There are certain works, however, which pretty much demand that anyone who tries to adapt them, stays as faithful to them as possible. One such work is one of my personal favorites, Kenneth Grahame’s 1908 masterpiece, The Wind in the Willows, which has been adapted to animation many times over the years. And the one adaptation that best captures the spirit of the book is one that aired on the BBC in 1995, directed by Dave Unwin.

As it happens, this particular film was my introduction to the story, way back when I was about four years old; I have since read and re-read the book several times (as well as William Horwood’s series of sequels, first published in the 1990s). Thus, I can say with certainty that the strength of The Wind in the Willows lies in the writing—every page brims with wit, charm, and atmosphere, which completely draws you into the world of early Edwardian-era Britain (especially the animal world that serves as the main backdrop of the story). And I’m happy to say, this film has not sacrificed one iota of any of those qualities. (Don’t get me wrong, Disney’s version—perhaps the most well-known to animation enthusiasts—is good fun, but it doesn’t quite hold a candle to Grahame’s original tale.) 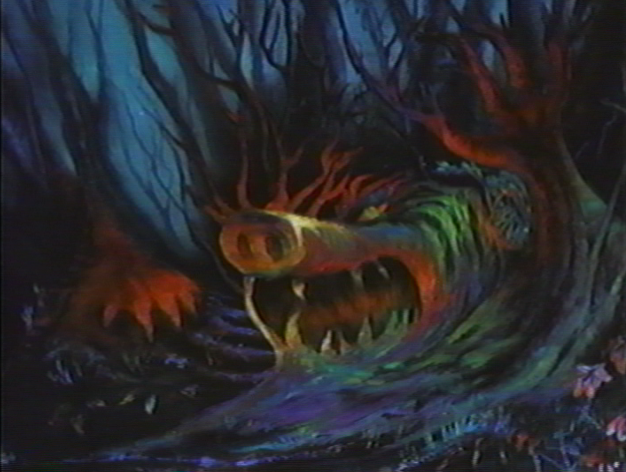 One thing that I noticed upon rediscovering this film is that it takes several cues from The World of Peter Rabbit and Friends (they were, after all, both produced by TVC London). Just as the latter opened and ended with live-action scenes of Beatrix Potter at her home composing her stories, the former is set up as being read by a mother to her children while out for an excursion on the river. (By the way, Vanessa Redgrave, who plays the woman in question, narrates the story masterfully.) This works greatly to the film’s benefit, as it establishes from the get-go the gentle, idyllic atmosphere of the Riverbank, where much of the action takes place. Not to mention, the same atmosphere is beautifully captured in the art direction, inspired greatly by the style of Ernest Shepard (who was the first illustrator of Grahame’s book, as well as the Winnie the Pooh stories), just as Beatrix Potter’s watercolor-and-ink drawings were successfully brought to life in The World of Peter Rabbit and Friends. And just like in that program, composer Colin Towns’ music perfectly supports the action, while carrying a sense of gentle whimsy and magic (most especially in the theme that recurs throughout the score). 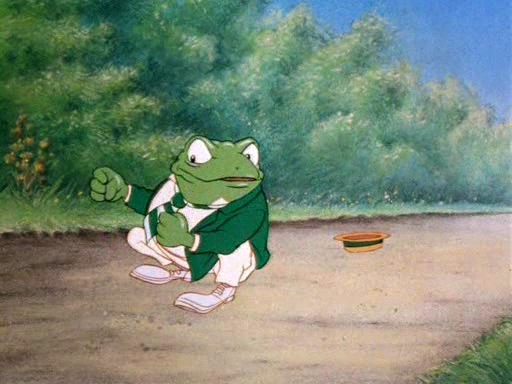 In conjunction with the high-quality writing, the voice acting in this production is top-notch, especially among the lead characters. Alan Bennett lends just the right blend of shy vulnerability and occasional snark to Mr. Mole; the Water Rat is given an air of wisdom and joviality, courtesy of Monty Python’s very own Michael Palin; and Michael Gambon (whom you may recognize from the last six Harry Potter movies, as well as from Jim Henson’s The Storyteller: Greek Myths) brings great gravitas and authority to the role of Mr. Badger. Of course, I’m sure not alone in the opinion that the highlight of the voice cast is the late Rik Mayall, whom you can tell was having the time of his life voicing the egotistical and hammier-than-a-sandwich Mr. Toad; his comic verve is such a delight, he practically steals every scene that he’s in! (Rather reminds me of Robin Williams’ turn as the Genie, in fact.)

To summarize, The Wind in the Willows (1995) is probably the arch example of how staying faithful to the source material can potentially be the way to go in animation. With sharp, clever writing, brilliantly performed characters, and a terrific atmosphere, this will always be one of my favorite literary adaptations, as it truly does the original story justice in ways that no other film version has.

What’s your favorite animated adaptation of a literary work?

‘Scoob!’ Release On Hold Due to Coronavirus

'Scoob!' Release On Hold Due to Coronavirus