Travels with Figment – On the Road in Search of Disney Dreams marks the final book by legendary Disney Imagineer Marty Sklar, who passed away in 2017. In his long career at Disney, Marty worked on several projects and attractions such as the 1964-1965 New York World’s Fair and Epcot as well as serving as Walt Disney’s personal writer for publications, television shows, and film specials. Inevitably, when Marty retired in 2009, he came away with several stories from his time with the big mouse. His experiences and bits of wisdom were first published in his memoir Dream It! Do It! My Half-Century Creating Disney’s Magic Kingdoms and One Little Spark! Mickey’s Ten Commandments and The Road to Imagineering. Now, his third and final book, Travels with Figment, continues his legacy of humor, wisdom and fond memories at Disney. 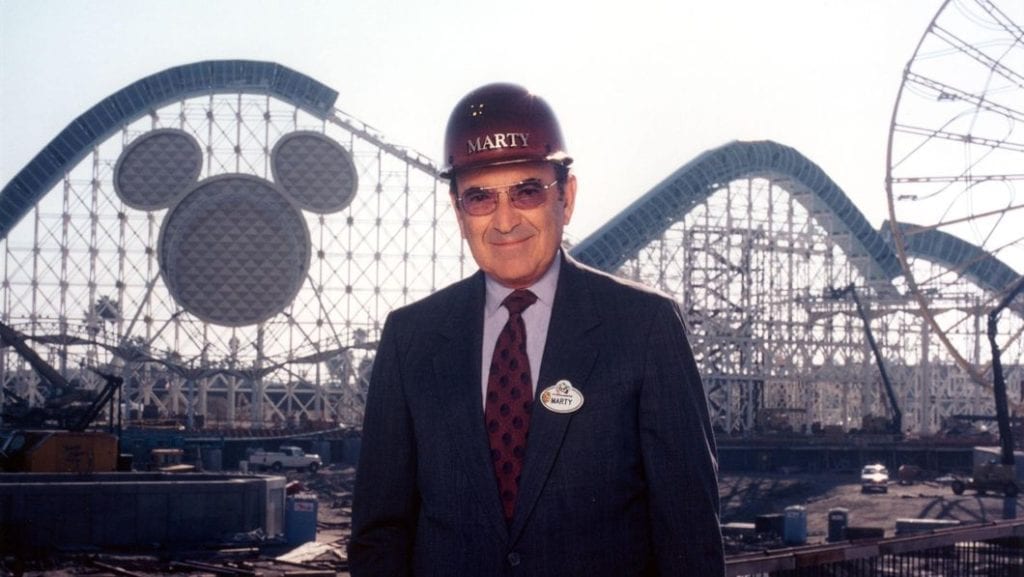 One of the key themes of this book (and of Disney as a whole) is the power of imagination and the motivation to follow your dreams. Marty clearly believed this and allowed creativity and wonder to guide the design process of Disney World and Epcot. When corporations doubted the marketability of Walt Disney’s vision and projects, Marty refused to let their doubt weigh him and his team down. He also became well known for Mickey’s Ten Commandments—timeless rules for capturing your audience’s attention and creating a sense of wonder and magic in them—where knowing your audience, telling one story at a time, and maintaining a clean and professional appearance are ingredients to success.

Marty completed an initial draft of Travels with Figment but sadly passed away before he could properly finish it. One of the most touching chapters in the book is a series of personal tributes from several longtime friends and colleagues. You can sense the love, respect, and gratitude they have for Marty from reading their messages of appreciation. He was more than a boss at Disney: he mentored aspiring dreamers, maintained friendships that went beyond business and money, and shared his wisdom and experience with countless others. In a way, Marty Sklar truly embodied the values of Walt Disney’s legacy: creativity, friendship, inspiration, and storytelling. Travels with Figment captures a little of this magic.

Travels with Figment will be on sale November 5th, 2019.

Have you read any of Marty Sklar’s books? Let us know in the comments!

Special thanks to Disney Editions for providing a free copy of this book.