The D23 Expo 2019 kicked off yesterday with special guests, reveals, and more. Here’s a recap of Thursday’s preview announcements and Friday’s full day. 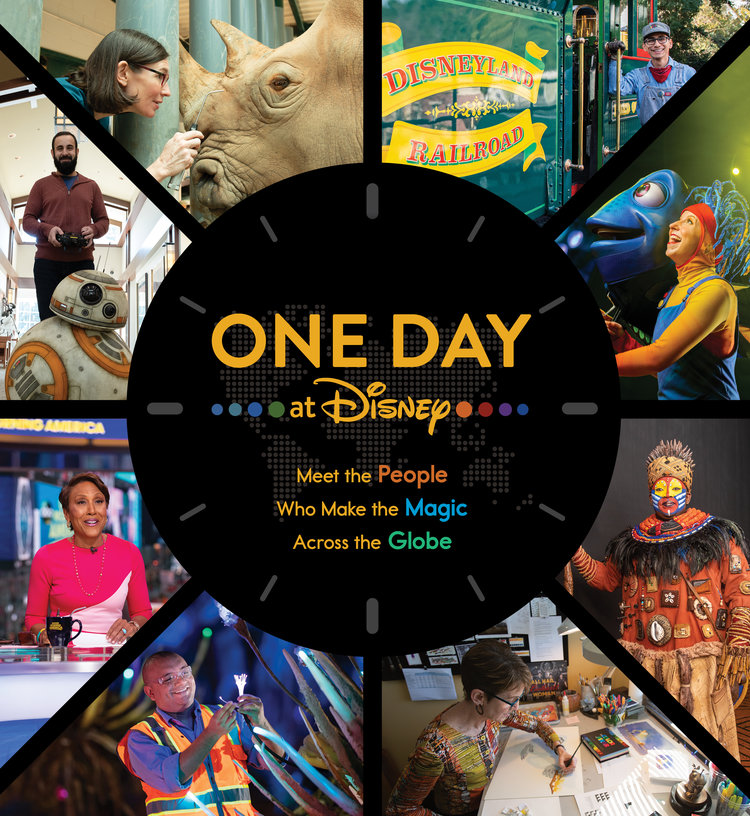 The “secret project” that created so much buzz turned out to be a book and a mockumentary-style series. One Day At Disney will be a 244-page coffee table book and a documentary about 24 hours of Disney, and not just in the United States. Both the book and series will release on December 3.

Moana will finally make her mark at Epcot with a brand-new attraction called “The Journey of Water” on the World Showcase.

Epcot has a new logo.

Friday Recap from All Floors

In addition to the first-ever Avatar exhibit, D23 also feature an exhibit of the evolution of the Stormtrooper, including a brand new Imperial soldier. This bright red stormtrooper is a New Order Jet Trooper, to be featured in the upcoming ninth Skywalker saga film.

We also got a first look at the in-progress Star Wars hotel plans.

There were dozens of photo opps, and many first look opportunities for Walt Disney Animation Studios, Pixar Animation, Marvel, and Star Wars.

Every single Disney movie from the Vault will be available upon initial launch of the streaming service.

Phineas and Ferb the Movie: Candace Against the Universe – The characters travel on a cosmic rescue mission to get their sister.

Lizzie McGuire – All grown up, and successful, but still accompanied by that animated inner self.

Avengers: Endgame will come to Disney+ on December 11

Marvel: What If…?, Loki, The Falcon and the Winter Soldier, and WandaVision were discussed. Ms. Marvel, She Hulk, and Moon Knight were announced as they’re in more initial phases.

Kat Dennings returns to the MCU as Darcy from Thor.

Star Girl and Disney+ Original Mistakes Were Made were discussed.

Lady and the Tramp, complete with rescue dogs, and Togo will be two dog movies coming straight to Disney+.

Noelle, a holiday film with a star-studded cast, will be featured on Disney+ at launch

What are you looking forward to the rest of D23 Expo weekend?