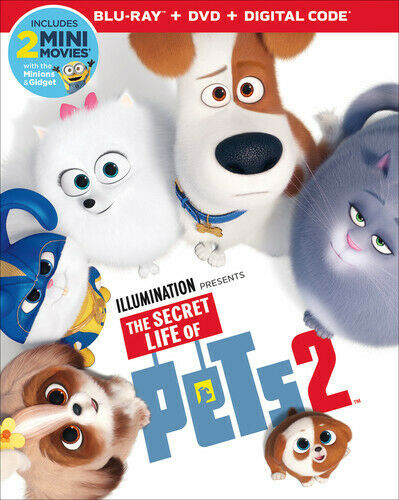 Especially for an Illumination property the recent film The Secret Life of Pets kind of flew under the radar this summer. While it certainly made a profit, it did not generate the splash most of the studio’s offerings do. It’s funny because in my opinion it is one the better ones they’ve made.The film takes our animated pet friends from the first film and divides them into 3 stories, which are loosely combined together to make a feature film. I’ve heard some criticize it for that, but I didn’t mind it. I thought 2 out of the 3 stories were charming and the 3rd was watchable but not great. It was overall a cute little group of stories.

If you enjoyed The Secret Life of Pets 2 or didn’t get chance to see it in the theaters, the dvd/blu-ray comes out August 27th. Unlike many new releases these days, this release has a ton of bonus features including 2 all new bonus shorts. I love when studios make a blu-ray purchase worthwhile and this certainly does.

As you can see the folks at Illumination have worked hard to make The Secret Life of Pets 2 a blu-ray purchase worth your time. The only thing missing is some behind the scenes segments with the film’s composer Alexander Desplat. I would love to learn more about his process especially on a more quirky film like this. Nevertheless it is a very stacked blu-ray to accompany a sweet and charming film.

What do you think of The Secret Life of Pets 2 and do these bonus features sound fun? We’d love to hear your thoughts below.